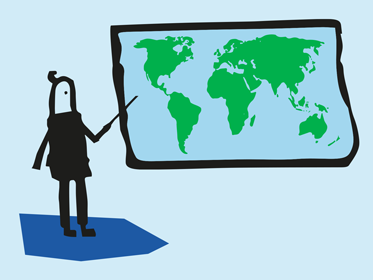 March provided a case study in the foolishness of betting against the Federal Reserve (Fed) - something that conventional market wisdom warns investors never to do.

Having seen the dollar weaken more-or-less steadily during the last year of President Trump’s administration, it was only to be expected that President Biden might enjoy something of a honeymoon period, while the markets sized up the man and his policies. However, what we perhaps did not expect was to see such an early and dramatic move, from both the Fed and the president, to support the economy. The $1.9tr American Rescue Plan will see $1,400 relief payments made to almost all Americans with a gross income of less than $75,000 a year.

The magnitude of this stimulus package seems to be more than enough to allow investors to look past any short-term hiatus in retail sales. In addition, the Fed has restated its position on interest rates, and predicted that 2021 will see the highest GDP growth in decades - some 6.5%. This follows a contraction of 3.5% in 2020. It is therefore not surprising that US equity markets have been ebullient in recent weeks.

What has been driving the most recent rally is the long-awaited broadening of the recovery. For most of the period since March 2020, the market was driven by a small number of sectors, most notably technology, which had shown themselves to be resilient (either by good fortune, or by the nature of their business model) during the first wave of the COVID-19 crisis. Many equity funds failed to keep pace, simply because they were diversified and included sectors that had not yet begun to recover. What we have seen over the past few months, however, is a rotation by investors out of those sectors, and into more traditional and cyclical industries, such as industrials, resources and retail banking. This is a healthy turn of events, given the high valuations that had been placed on some stocks, such as Tesla or Plug Power, and the feeding frenzy surrounding others, such as Gamestop.

What the bond market shows us

As is usually the case, the equity market shows only one half of the picture. In order to understand the continuing strength of the broad equity market, it is necessary to also look at the bond market.

During the decade following the Global Financial Crisis of 2008, investors had become complacent, and had become accustomed to an environment of ongoing quantitative easing (QE) and low rates. As the world economy began to pick up, there were suggestions that the time had come to begin factoring in rate rises in the major economies. Talk of tapering the QE programme had been met with very adverse reactions in the bond market – such as the 2013 ‘taper tantrum’. At the start of 2018, economic forecasts mostly indicated an expectation of three or four rate rises in the US that year. What happened next was a rapid rise in government bond yields to more than 3.3%, as bond investors, expecting rate rises, were not prepared to pay the same high price for low-yielding bonds. This caused prices to fall and yields to rise. It also drove a 10% sell-off in equities, as equity investors, seeing a steepening yield curve, became increasingly concerned that rate rises would be imminent and, with inflation below the Fed’s target, damaging for equities.

Whilst the most recent rise in bond yields in 2021 has spooked the market to some degree, the renewed comments from the Fed on its policy of no rate rises for years to come has most likely been a major factor in calming nerves and avoiding a further market correction. March’s Fed minutes also showed an awareness of the importance of forward guidance for markets. So don’t fight the Fed – the US government has more money than you do.

A combination of fears about rising inflation, and the Fed’s assurance that rates would not be raised, caused a sell-off in US Treasuries, which drove the 10-year Treasury yield up to 1.75%. This caused jitters among equity investors, reminiscent of Q1 2018, when a rise in the 10-year Treasury yield above 3% triggered a 10% correction in US and global equities. This exacerbated the volatility in equity markets, as investors rotated out of the high-growth areas, such as technology, and into more cyclical sectors, such as financials.

Many areas of the EU reported a third wave of COVID-19, as countries substantially failed to roll-out vaccines to the population. EU nations reported difficulties in obtaining sufficient vaccine quantities, as well as a shortage of the necessary equipment, such as needles, and various other logistical problems. The prospect of growing case numbers and further lockdowns did not, however, hamper the performance of the equity market, which focused on positive economic data (manufacturing PMI numbers), and turned in strong positive returns for the month.

Emerging markets suffered during March, as the pronouncements from the Fed seemed to set the scene for a period of dollar strength. Emerging markets, which have large amounts of US dollar debt, performed strongly last year, when the US currency was weakening, but showed a marked loss in March as the dollar rebounded strongly. No one region was especially weak, and there were positive performances from a number of individual markets, but the overall return was negative.

Global equity markets generally saw a rally into the end of Q1, with strong performances coming from all the major markets. The exception to this was emerging markets (see above). Within the headline figures, markets continued to see a rally in value stocks, and profit taking from some of the growth sectors that had done well in 2020, most notably technology. Major economies benefited from the roll-out of the COVID-19 vaccines and the price of Brent Crude oil stabilising above $60, up from its low of $20 last March.

European markets defied gravity in March, as investors pushed most markets higher. Despite concerns over the very poor pace of vaccine roll-out, and the historically low support for Angela Merkel’s CDU party in the recent state elections, investors focused on strong manufacturing PMI data (hitting a record high on a rebound in demand). Although the overall EU services sector continued to contract, in Germany the sector returned to expansion in March.

Improving sentiment towards the US economic recovery also drove an increase in demand for riskier assets, supporting Europe’s smaller markets. UK returns continued to be driven by the mid-cap stocks, which are less affected by currency volatility.

Sterling continued to perform strongly against many other major currencies. The dollar, however, enjoyed a very strong month, particularly against the yen, as investors, fearful of rising inflation this year, drove the 10y Treasury yield up as high as 1.75% at the month end. The dollar index regained its November 2020 high, as the Fed predicted lower unemployment, higher inflation and the fastest economic growth in decades (6.5% in 2021). Despite a 3% decline in retail spending in February, the $1,400 support cheques landing on doormats across America led to a rosy outlook for the sector.

Despite a strong rise in the 10-year US Treasury yield, other global sovereign markets did not follow suit. In particular, Japan and the weaker EU nations saw their 10-year yields contract visibly, as investors continued to search for the optimum risk/reward balance in fixed income. Major EU nations, and the Eurozone as a whole, saw little change, with yields already being negative.

For the UK investor, currency movements served to reduce volatility in fixed income markets. Gains in EU bonds were reduced by the strength of the pound vs the euro, whilst losses in US bonds were mitigated by the stronger dollar.


This article is provided for information only and does constitute advice. The past is not necessarily a guide to future performance. The value of your investment, and income from it, can fall as well as rise and is not guaranteed. You may not get back the full amount invested.

How clarity works for our clients